Some information about our first speakers, more to follow soon! 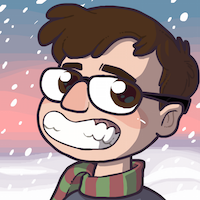 Programmer @37signals. GIF hoarder. Starter of too many side projects.

Space Weather: Ruby and Swift's Influence in the Magnetosphere

Ruby's on its way out (or so we think), Swift's on its way in (if Apple has its way), and a solar flare could knock out our electricity grid worldwide for weeks. We'll contemplate the (in)significance of these two communities and evaluate our own place in the programming universe.

Carol is currently the Hammer of Justice at Think Through Math in the lovely Pittsburgh, PA. She loves hugs, connecting people, Rust, Ruby, vinyl, percussion, home improvement, and being disappointed by Pittsburgh sports. Her twitter handle is @carols10cents and there are TWO jokes contained within its depths.

How to Start Contributing to Open Source

Starting to contribute to open source can be overwhelming. The tips in this workshop will help you find a path to contributing with less anxiety and confusion. Not sure what project to contribute to? Examine the OSS projects you use for recent activity, small open issues, and friendly maintainers. Not sure what to work on? Documentation, tests, and bug triaging are important contributions to open source that are much appreciated, often overlooked, and usually smaller in scope than a code change. Learn about Pull Request etiquette, what happens after you send in your work, and what it's like in a maintainer's shoes to take the mystery out of the process. Help make the open source world a better place! 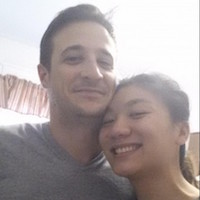 Chris has been writing code professionally for 12 years in the healthcare and education industries using C#, Ruby, and JavaScript. He currently works at Think Through Math where he builds a product that helps more than 3,000,000 kids get better at math. At home, he tries to fend off his four cats while he hacks on projects in Node, Elixir, and Go. His cats usually win.

What .NET can Learn from Ruby (and vice versa.)

C# and Ruby are both great languages for building applications. The two are different in many ways, but Chris will argue that the experience of writing, testing, and shipping software in either is not a fundamentally different experience. You'll hear about his time developing software in both languages, and he'll share some of the strengths and weaknesses of each platform. Moreover, Chris will show that the two communities have a lot to learn from each other, and that he has become a substantially better developer as a result of working in a variety of programming languages.

Matt, who also goes by 'mattpatt', is a software engineer and resident PHP apologist at Braintree. When he's not writing code at work, he's usually writing code at home, watching a Penguins or Blackhawks game, or exploring the Second City.

Engineering for Excellence: Keeping the Bar High in a Growing Team 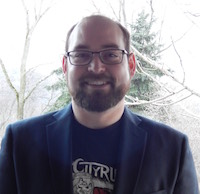 Many years ago, Jeff, “El Jefe”, “Danger”, “Not afraid of blameless postmortems”, Koenig began experimenting with a long hollow fish fry that had an explosive mixture of sodium, Jenkins, and broken tests. He put this device on an inclined board and aimed it at his pool. Then he poured hydrochloric coffee with paint chips in it; and the whole thing shaved yaks for ten minutes.

When he regained consciousness, Jeff said: "Yoinks!", packed up his flannel shirts, and moved to Pittsburgh; where he became the QA Manager at Think Through Math. Since then, Jeff has used his particular set of skills (TM) to establish testing awesomeness at TTM; which has resulted in a team who collectively owns quality and who deliver high quality software to eager students daily.

When not laying down sweet, sweet testing code; or building smelly rockets, Jeff can be found at https://github.com/el-jefe- on GitHub; and @jeffkoenig on Twitter.

Automation: The Must-Have Trend of 2015!

So you want to ship software fast? AND you want some confidence that what you are shipping is high quality? Then you need to start doing automated testing, NOW; no excuses. Seriously, what are you waiting for?

Automation is cheap, fast, repeatable and accurate– not to mention way more fun than repetition.

In this talk Jeff Koenig will discuss the advantages of automated tests, some basics about what automated tests should be, and what they should NOT be. He'll also dive into why and how automation and continuous integration should be part of your organization's culture. 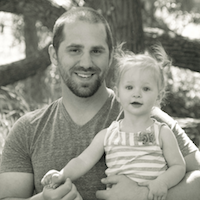 Machuga is an Erie native with a strong love of building software and communities. He currently works at Think Through Math, organizes Erie.rb, and is a committee member for Erie Day of Code. Even more than his creative endeavors, Matt loves spending time with his wife and daughter.

A hands on workshop on how to utilize the verison control system, git, for more than just a place to dump code. Learn to how to create feature branches, merge them back when ready, and avoid messy merge conflicts. Discover how to write effective commit messages that will allow you to easily search and discover why something was changed in the past. There may even be discussions on time travel, changing the past, and possible repercussions or gains! 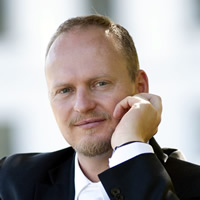 Oto is an entrepreneur, developer and overall computer enthusiast. A former hockey player from Slovakia turned web developer and now calling Erie his home. He is currently the Web Division Director at Tungsten Creative Group, helps to organize Erie.rb and lends a hand in organizing the Erie Day of Code. Avid golfer in the Summer, he makes sure that all his web development cravings are satisfied during the infamous Winter Erie months.

A hands on workshop on how to setup and use Google's Angular JS framework to create highly interactive web applications backed by Facebook's Parse cloud API. Learn the basics of setting up an Angular JS web app, hook in your custom services and connect it to a web service API.

More to be announced soon!